Anatomy of a Move 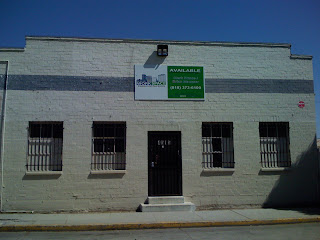 About two years ago, we heard that Hollywood was hip again and developers were planning a massive construction in the exact area where French General was located. We went to community meetings, heard grand plans of saving the little pink house, tried to buy the property and finally realized...it was time to move out of the house and into a new space where we weren't waiting for tractors and cranes to arrive.
So the search began - with one basic criteria: find a new location with an old soul.  JZ found the first place - even though it was the size of a small airport hangar, we thought we could carve out a special place. We passed when we saw the two overhead cell phone towers. 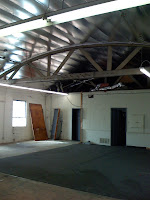 We continued to search for another three months, and finally, while zipping down to my dad's 75th birthday celebration, we spotted a small warehouse with a tiny For Rent sign hanging up near the roof.  We called and made an appointment for the next day.  Dawn, JZ and I walked in on Monday morning at 10am, huddled in the back for about 2 minutes and then said, "We'll take it." 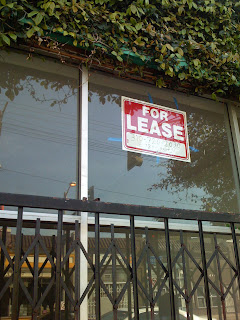 When the owner finally decided we were the right tenants, he handed me his card and in an instant, I realized he was one of my dad's old friends - from thirty years ago.  At that moment all of the stress and anxiety of moving washed away and I realized we had found our new home.  So, if you can be patient, give us a couple of months, we will re-open on our regular Fridays with a new and improved French General - complete with regular Friday classes!
Posted by Kaari Marie

Wow, you have your work cut out for you. I am looking forward to the new changes. Best wishes on the move and I pray everything goes smoothly.

The whole construction project in that area has been insane!!!

Wow - I hope your move goes well. I'm glad everything has fallen into place for you.

I love it when "small world" things like that happen!
Good luck.
Mary

Good for you. Sometimes it is amazing how things work out, What about your on-line shop? Will you have to shut it down, too? Just keep us posted. Good luck with everything!

I am so thrilled to have surfed in. How delightful to be a part of this. Where is your new shop located and can you tell more about the hours? Thanks so much!

i'm so glad i was able to visit the little pink house!!!
i have that memory tucked away!
k

I too, we always remember that little pink house...as I sit here typing I made a scrapbook page of our trip there and your husband took a picture of us with our shopping bags in front of the sign..so I have a piece of FG history.

OH, can't wait to see the new space. I know it will be magical!