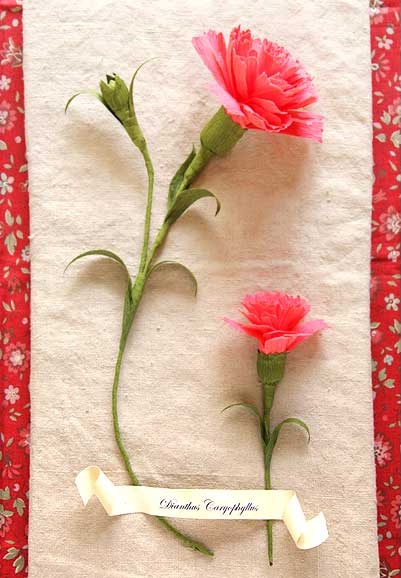 I love a good teacher.  And for the past ten years, all of the teachers at French General have been women.  I'm not sure why or how or even when...but somehow, when we began the process of building the workshops at  French General, we connected with women that were skilled at their craft and willing to teach in a remote area of Los Angeles.

Robert Mahar walked into French General one day and changed the temperature....here was this extremely talented man that wanted to teach at French General...and we wanted to have him teach!  I met Robert at a Family Dinner - a monthly gathering planned at a local Eastside restaurant by a talented 'unnamed stitcher' - although Robert claims we met years earlier at a party at French General.....no matter.....we met!  Robert is a master of craft and can almost do anything he puts his mind to!

Robert has brought his craft of precise detail and impeccable taste to French General with his crepe paper flower workshop....which he is offering once again this Saturday, July 13th.  If you know Robert or are curious about his creative style...join us for his summer workshop....and you too will enjoy the charm!

Meanwhile....if you are a talented woman or MAN that would like to teach a workshop at French General...please be in touch!  We are a retail shop, which offers a creative workshop every Saturday...except when we are in France!
Posted by Kaari Marie