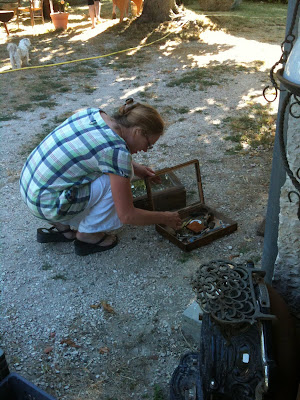 Although there are many places to dig for treasures in France, one of the best places to dig is Patrick Bru's backyard in Septfond. Patrick used to own a huge warehouse on the main road - filled with French antiques - but two years ago he packed it all up and moved it over to his grandmother's maison where he now lives with his whole family.

It took me a while to track Patrick down, after arriving in France one summer to find the warehouse totally emptied. I started at the local bar in Caussade - where I had seen him a few times. The woman behind the counter was suspicious of this American woman looking for Patrick Bru - but she said she would pass my name and number on to him next time she saw him. Weeks later, Patrick finally called and told me he had been in the hospital for emergency appendectomy - he apologized for the late reply....I think.
You see, Patrick and I speak two different languages - totally. He speaks French and no English and I speak English and very bad French - almost none really. So we communicate through lots of hand signals, universal words and general French chatter - which doesn't really get the deal moving very quickly. 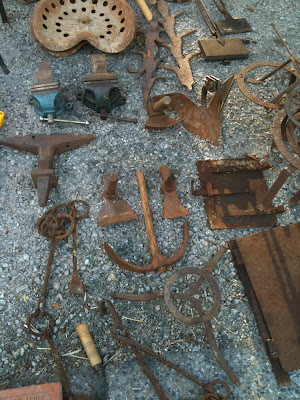 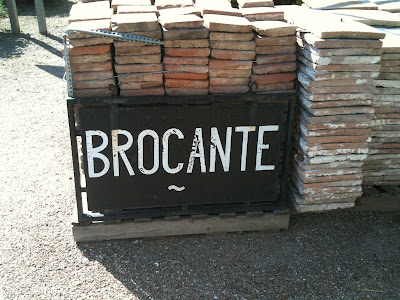 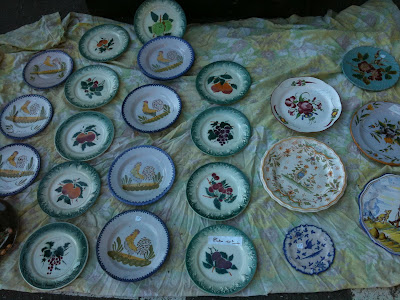 Of course there are the vide greniers and the brocantes to dig through in France, but when you find an old house filled with a family history and the backyard barns stuffed with collections - you keep returning year after year. Patrick Bru is one of those rare French dealers who stumbles upon the daily bits of rural life and then passes it on for a steal. Au revoir Patrick Bru!